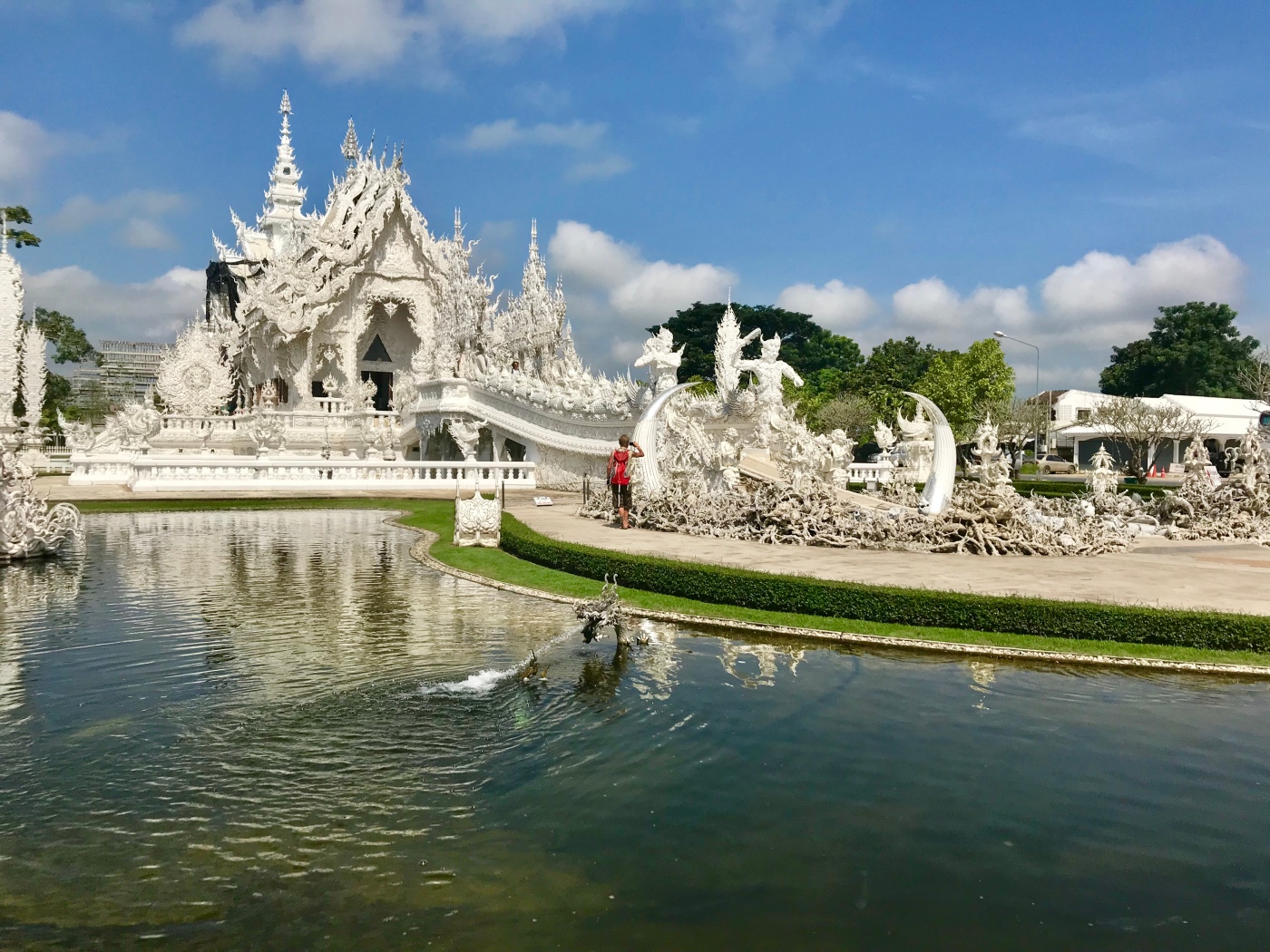 Our next stop in our trip to the north of Thailand was the temple-famous town of Chiang Rai. Known for its artistically decorated temples and various museums, this was a place often described as a smaller version of Chiang Mai. After our relaxed visit to Pai, the last thing we wanted was to return to bigger cities, but we knew we should see as much of the big tourist attractions as possible while were here.

We arrived In Chiang Rai on the evening of the 27th and were slightly underwhelmed. The city was nothing like Chiang Mai. The people were less pleasant, there was far less to see and do, and the atmosphere wasn’t all that vibrant. What did make up for this was the hostel we were staying in – the Mercy Hostel just a short walk from the town centre. Since there was less to do in the city, we figured that we could spend the next few days catching up on our blogs and preparing for the next leg of our journey in Vietnam.

After our brief stop in Chiang Rai, we made a quick visit back to Chiang Mai (where we did nothing but eat) before our flight of Hanoi on the 1st of October.

Upon arrival, we could tell this was going to be an amazing place to stay. It had a pool, a pool table, and great dorm rooms. We paid what equated to a little over £4 per night for a mixed dorm room which we loved. There was plenty of privacy, airconditioning, lockers, sockets by each bunk and a reading light too. I would really recommend Mercy to any backpacker who likes to unwind in their hostel after a busy day of sightseeing.

As an added bonus, they also have a gym! The equipment in there is very new and clean if limited so it was great to have somewhere to work out in the mornings and evenings after sightseeing.

Things to do in Chiang Rai

To be honest, we really didn’t feel like doing much so we stuck to the four things that everyone does when they visit the city. They are: 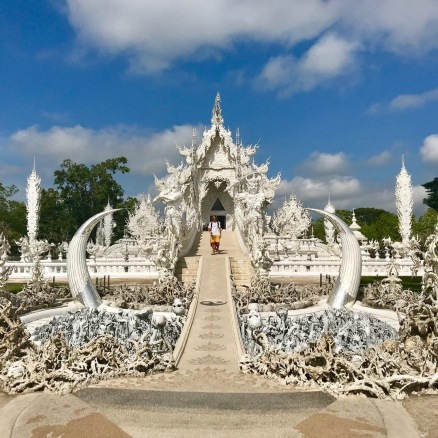 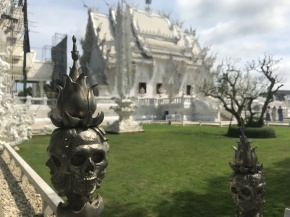 Designed by the famous Thai artist, Chalermchai Kositpipat, the temple is is one of the most iconic in Thailand but is still unfinished. Progress was stalled by an powerful earthquake in 2014, but plans have since been expanded.

Upon arrival, the attention to detail is immediately visible. The temple symbolises the “cycle of rebirth” in the Buddhist beliefs, and every inch is evidence of this. The artistic detail creates a stunning monument which continues to draw visitors from afar years after renovations to the main temple were completed. 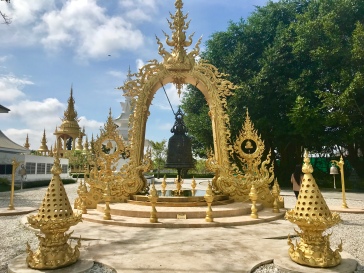 I really enjoyed our visit here, as I do find Buddhist culture fascinating. The products of said culture can also be visually breathtaking as was the case here, and for a 50 Baht entrance fee, I would definitely recommend that anyone visiting Chiang Rai should take a look. 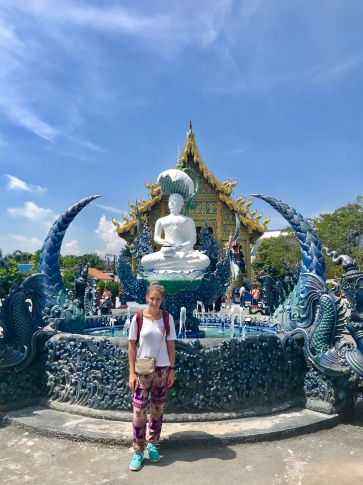 This is another colourful temple in Chiang Rai. The Great Hall of the temple was only completed in 2016, and in contrast to the hall at the White Temple, it was lavishly decorated. The outside of the temple also looked incredible, but due to the massive crowds that had gathered outside by the time we arrived, we were unable to get any decent pictures.

Do visit if you can as it is very different to the White temple but still equally as spectacular and there is no entrance fee!

Easily located as it starts next to the main bus station in Chiang Rai, this was smaller than any of the markets we visited in Chiang Mai and Pai, but the food on offer was amazing. If you wander through the short length of stalls, you will eventually reach a large courtyard with a mass of tables in the centre surrounded by food stalls on three sides. The back end has a stage on which Thai dancers perform to traditional music. Definitely worth a look if you you are feeling peckish!

Situated in the centre of Chiang Rai, this is another artistic marvel designed by Chalermchai Kositpipat in honour of King Bhumibhol Adulyadej. Visit at 7, 8 or 9pm to watch the colours change. Unfortunately, we were unable to do this and only saw the clocktower on the back end of an incredibly sweaty walk from the Blue Temple to our hostel. It’s safe to say that at that point, we had absolutely no desire for sightseeing.

Although it had some nice tourist attractions, Chiang Rai was probably my least favourite city in Thailand. It’s not that it wasn’t a nice city, it’s just that Maria and I are quite active when we travel and we did struggle to find things to do. The temples were stunning and the food was also good (though none of the restaurants really stood out for me), but at this point we had seen dozens of temples and sampled pretty much all the Thai food we could beforehand.

It’s definitely worth visiting Chiang Rai, but only if you have more time as there are daytrips you could take from the city that would make the trip more worthwhile. The Golden Triangle and Laos could be an option, but we were very limited by the amount of time we had in the city.